Home » Blog » BC Winter Pruning Guide: When and What to Do (Overview)

BC Winter Pruning Guide: When and What to Do (Overview)

Winter in BC: Choosing the Right Time to Prune

While this is not a full guide of every plant that should be pruned in the winter, this list denotes several of the most common plants found around Metro Vancouver that are best pruned during colder seasons. This includes a variety of hedges, shrubs, and flowers that we tend to work on most often when maintaining our clients landscapes in the cold.

We strongly recommend identifying and researching the plants around your residence further, to determine best pruning practices. 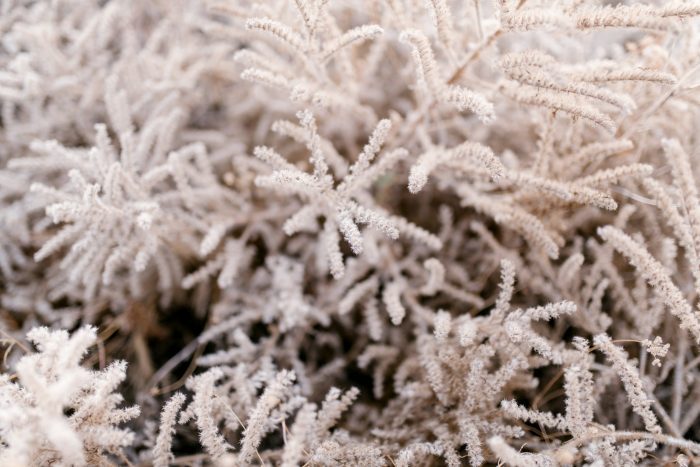 What Makes BC Winters Unique and Why Pruning is Important

The climate in the Metro Vancouver area is pretty extraordinary: there are few other places in Canada with such mild year-round temperatures. So, despite the fact that everyone living here has to get used to spending most of the year a little bit damp, we’re pretty fortunate to reside within a climate that naturally supplements our physical and mental needs for both sunlight and water.

Plants, of course, are largely the same. However, while their overarching need for light and moisture seem simple, each plant’s individual physiology lends itself to a more complex recipe for survival.

Our climate allows us a broad, largely unrivalled capacity for plant variety, but each new plant comes with its own set of rules; an often-specific set of weather requirements under which it can die, survive, or thrive. With that in mind, unbelievable variety comes with a equally unbelievable long list of unique plant attributes to keep track of.

And remember, unlike us, most plants spend their entire lives outdoors. Whether you’re getting soaked or sunburned, plants are feeling it ten times worse!

It’s so important for gardeners and landscapers to be aware of how to winter prune their plants in ways that help them flourish. So, we figured you would like a brief guide on what plants to lookout for.

A hedge is a living wall composed of plants placed closely together. They are used for a variety of functions ranging from purely decorative to practical such as privacy.

If you have privacy hedging on your property, there’s a decent chance it’s made up of emerald cedars. Most varieties of cedars thrive in Vancouver for good reason: they do very well in wet climates.

Western red cedars, which are at their largest and most saturated within our temperate coastal rainforests, have long been important elements of BC Aboriginal cultures and construction due to their natural resilience to water, which makes cedar an ideal wood for buildings and boats.

Around here, however, a cedar’s greatest weakness is our typically mild, dry summers. Cedars (especially smaller emerald cedars) rely more than the average plant on a constant water supply, so summer is naturally stressful on their moisture-based physiology.

When sheared in summer, the additional stress can cause plant sickness or even death. For that reason, cedars should always be power pruned during late fall or winter when water is in abundant supply. 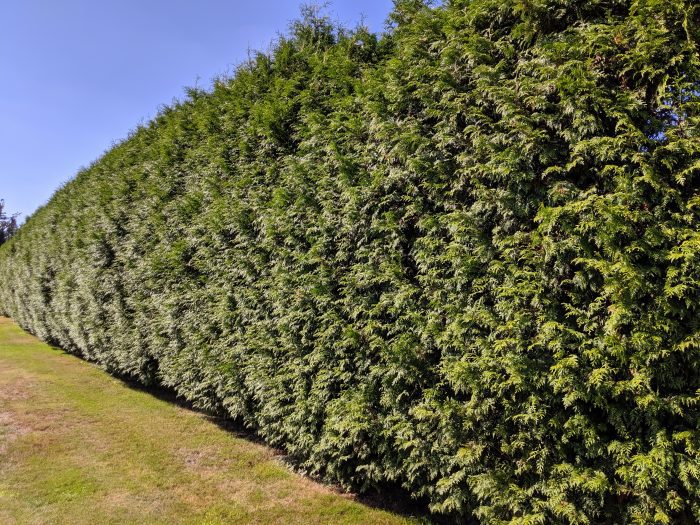 To differentiate between them, simply examine the leaves. Though similar in colour and size, the leaves of a Japanese holly are cupped and rigid, while boxwood leaves are flatter and more flexible. 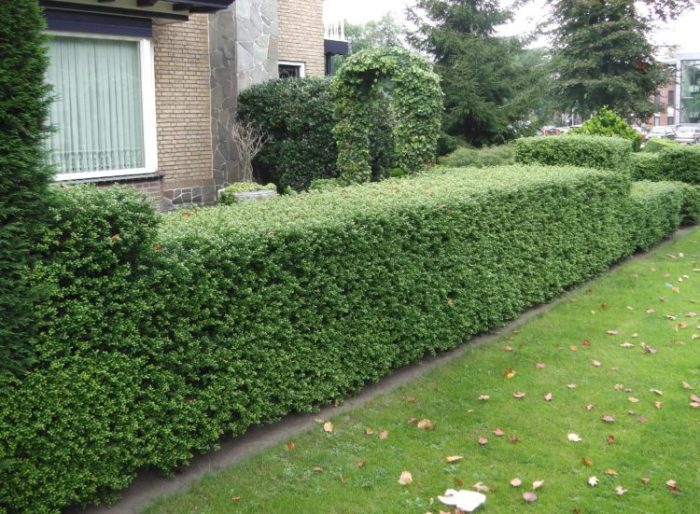 Cane growers are multi-stemmed, woody plants that differ from other shrubs because they grow from multiple stems at the base, rather than branching from a trunk. They should always be hand pruned using secateurs (clippers) — never power sheared.

That said, if you have a hydrangea on your property that needs to be kept to a reasonable size, its best pruned in the winter for two reasons: it’s good to prune ahead of flowering season, and it’s easier!

Like many shrubs, hydrangeas drop their leaves during the winter, and are therefore much easier to prune. Old, diseased, or dying canes can easily be identified and cut down all the way to the base, allowing new growth to take over and thrive in the spring.

Where possible, avoid pruning hydrangeas at the top near the flower, as two flowers will grow in its place, which can result in the plant falling over due to being unable to support its own weight. 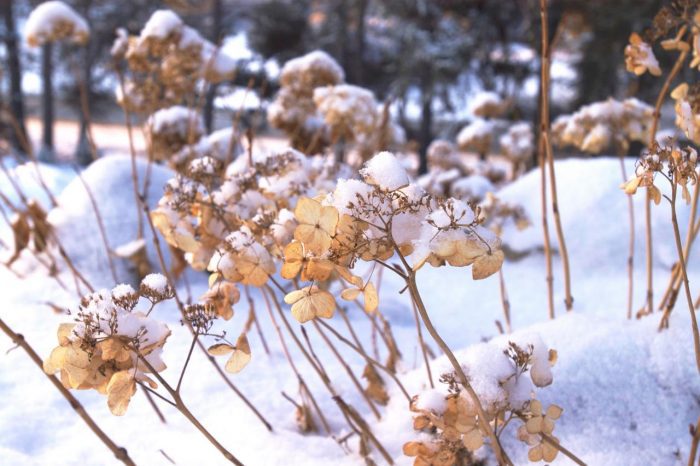 Roses are best to prune in the winter for one simple reason: they’re naturally quite beautiful during the spring and summer, so they should be left alone whenever possible!

Roses should be pruned when they have no leaves and flowers. Because they have somewhat fast, erratic, and zig-zaggy growing patterns, it’s good practice to prune them nice and low until 5-7 canes remain.

Remember – always prune back to the nearest growth node, which helps the plant properly allocate nutrients to regrowth instead of wasting them on little, dying nubs. 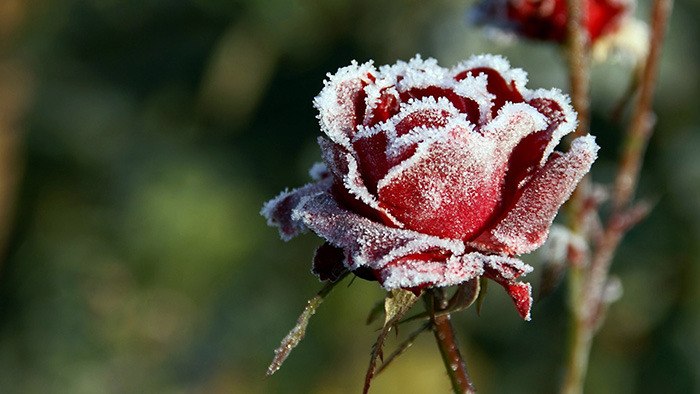 Dogwood shrubs are very common around Vancouver, and, unlike many similar shrubs, tend to look nice even after they’ve lost all their leaves due to their crimson red bark, which adds a pop of colour (and a Christmas-y feel) to your wintry landscape.

Like hydrangeas and rhododendrons, they’re cane growers, which means that old or diseased woody growth should be pruned right to the base to allow new growth to prosper in the spring. 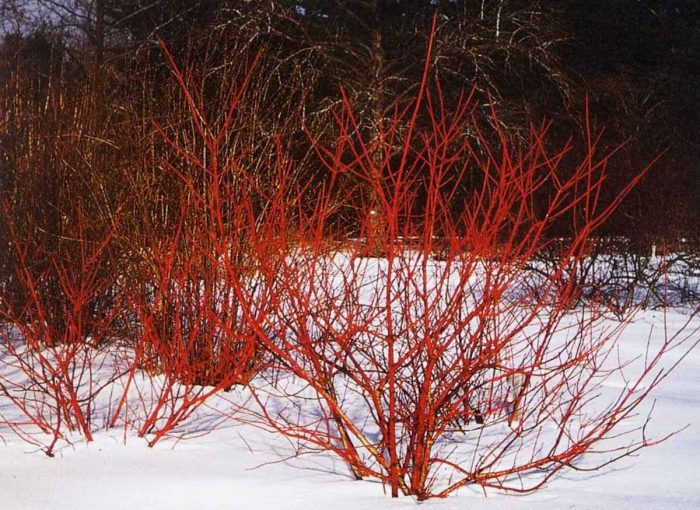 Like cane growers, mounding shrubs should always be hand pruned, not power sheared.  Mounding shrubs often have a rounded crown and a wider base, and range from low and spreading to oval and round.

Rhododendrons are among the most common plants on properties around Vancouver, and while you can prune them in the summertime, it’s both easier and better-looking to prune them in the winter – especially if you’re planning to take off large amounts of growth.

If your rhododendron needs pruning in the summer, we recommend making only small cuts to control the shape of the shrub and remove dead flowers. Otherwise, it’s best to leave significant pruning to the wintertime to allow the plant to recover through the spring. 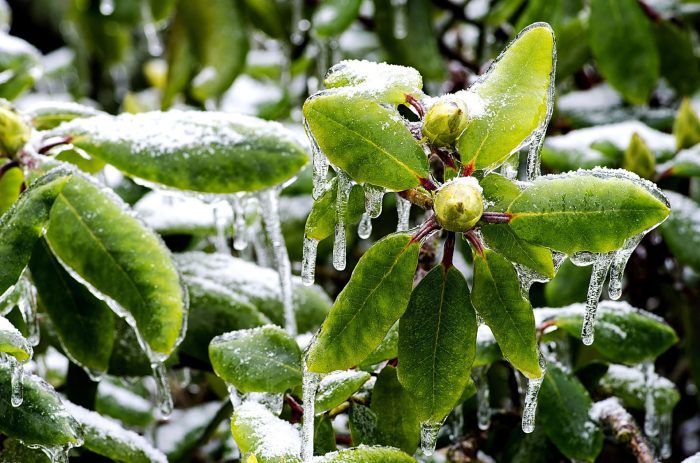 David’s Viburnum is an exceptionally hardy mounding shrub that, like rhododendrons, remains evergreen through the winter. It’s relatively low maintenance, but it should still be pruned after the growing season to avoid removing any of its small tufts of white flowers that grow through the spring and summer. 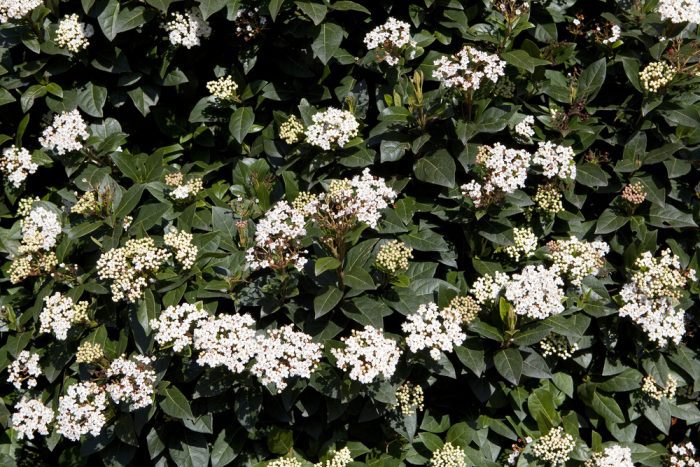 Remember: this winter pruning guide isn’t exhaustive! Every landscape contains different plants, and each plant can come in different varieties with their own distinct methods for seasonal pruning and care.

Also, remember that the winter pruning recommendations we outlined above are not necessarily concrete rules. They’re guidelines we’ve come to live by after 41 years in business, aimed successfully at prolonging and preserving your landscape for years to come!

If you have any further questions or if you’d like a quote, please don’t hesitate to contact us! 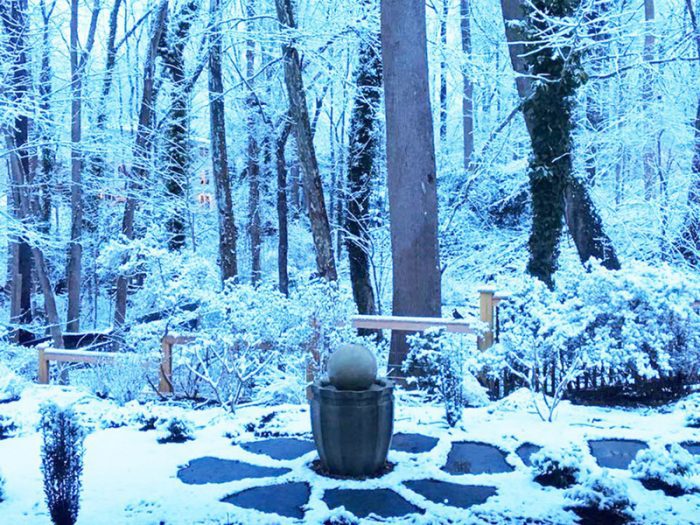 What is Mulching? The Pros and Cons of Organic Mulching