Home » Blog » Plant Hardiness Zones in Canada: How Do They Work?

Plant Hardiness Zones in Canada: How Do They Work?

A hardiness zone refers to a geographic area that encompasses a range of climatic conditions relevant to a plant’s growth and survival. Hardier plants can survive in a wide range of zones, whereas some picky plants will only grow in one or two zones.

What are the hardiness zones?

As everyone knows, every plant requires a specific set of conditions to survive:

But, while everyone is aware that plants have different needs, some people don’t know how to find out  what plants will thrive where. Enter the plant hardiness zones guide, an easy way to help people learn about which plants can most easily survive where they live.

Originally established by the United States Department of Agriculture, the hardiness zone guide has since come to be commonly used in other countries – including Canada. The guide splits geographic areas into mapped zones by their annual minimum temperature extreme.

There are thirteen zones total, and higher numbers (9-13) indicate warmer regions while lower numbers (1-3) indicate zones that may regularly experience temperatures well below freezing. Each zone can be further split into A and B, which indicate slight variances even within these zones.

In Canada, there are no areas warm enough to go beyond USDA zone 9; as such, when you’re researching hardiness zones in Canada, guides go from 0-9. Canada’s warmest areas are on BC’s coast and Vancouver Island, whereas its coldest zones lie in the northern territories (Yukon, Northwest Territories, and Nunavut), where the frigid temperatures allow far fewer plant varieties to grow. 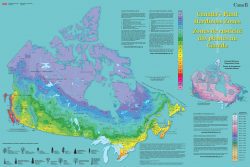 Here are some large cities in Canada and their respective hardiness zones:

What does this mean when I’m buying plants?

For the sake of outdoor gardeners and landscapers, plants have been split into a range of survivable zones. A hardier plant will fit into a broad range of numbers, whereas a picky plant might only survive in one zone. However, many plants have a zone to which they are best suited, and as such will thrive in areas which climate matches their hardiness zone. For example: a red oak (quercus rubra) tree can survive in USDA zones 2-8, but will perform best in a 3a zone.

If you’re buying from a nursery, each plant’s tags should indicate the zones in which that plant is able to survive. Better yet – research your plants and their varieties online before you go to the store. It’s easy to find! 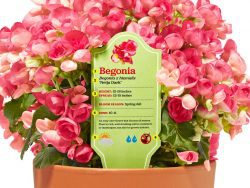 Because Vancouver is so mild year-round, there is a very broad range of plants that can survive here, usually ranging from zones 3-8. Hotter areas, like Hawaii and Mexico (USDA range 12-13) can sustain very arid plant life, and some of the Northernmost areas the boreal and arctic tundra (zones 0-3) will support only cold tolerant plants, like conifers and low-growing lichen.

If you’d like to find a plant that grows year-round in your climate, make sure to research plant zones! Though there isn’t a lot that can’t survive in and around Vancouver, if you want your garden performing at its best, it’s highly recommended that you find plants best suited for zone 8!

Get in touch today if you need more info, or if you’d like help designing or installing a zone-appropriate garden! 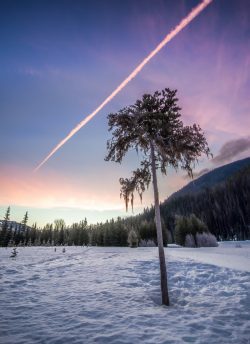 Everything You Need to Know About Water Features | Complete Overview